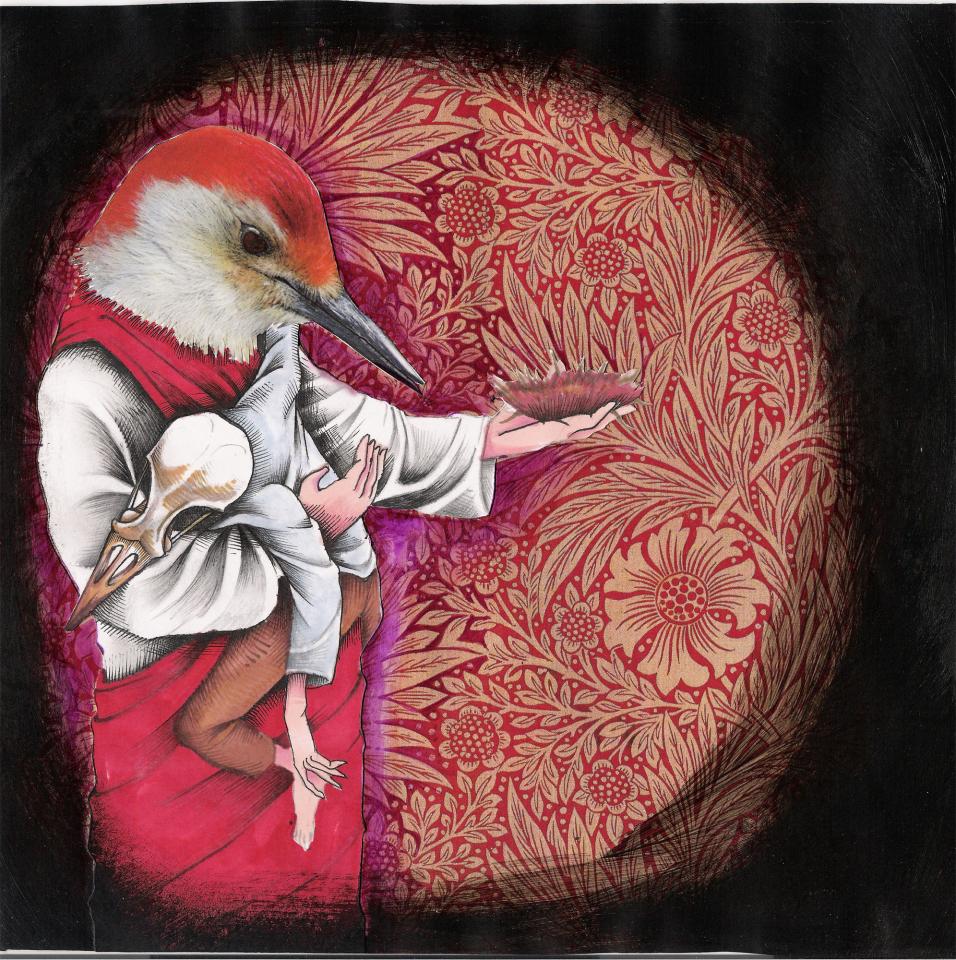 See you in my dreams

The Graveface label, out of Chicago, has built a small but very solid stable of pop psychedelicists over the years, most notably Black Moth Super Rainbow, but also Experimental Aircraft, Azure Ray, Hospital Ships and Octopus Project.  Like most artist-run labels, Graveface has a hard-to-define but recognizable aesthetic—dreamy, slow-burning, eccentric but hardly inaccessible – which derives from its owner Ryan Graveface.  Dreamend, Graveface’s musical project, extends and embodies this aesthetic, weaving in the trippy guitar psychedelia of Black Moth Super Rainbow, the shimmering textures of Experimental Aircraft, the subliminal, lucid-dream-like lyricism of Hospital Ships.  And more than that, it reaches backwards into the skewed pop traditions of Elephant 6 mainstays like Olivia Tremor Control and Circulatory System, the reverbed guitar atmospherics of David Kilgour and the most mystical, transcendent elements of Neil Young.

The Long Forgotten Friend is said to be a meditation on a distant relative, not well-known but imagined and described through a series of interlocking stories.  There’s little linear narrative, however, in even the most structured, lyric-based songs.  Instead, the tracks have a brightly colored, impressionistic aura to them.  They seem to reflect and refract your attention, rather than gathering it in and absorbing it.

Consider for instance, “If Only for a Day,” one of the more conventionally song-like of these tracks.  It opens in a sunny drift of elongated guitar slides and an optimistic racket of drums, rough and charming and lo-fi.  In real life, of course, you’d have to shout to be heard over this sort of volume, but the recording is mixed so that whispery fragments of singing float effortlessly above the slush.  It’s like someone murmuring in your ear, or maybe a voice inside your head, that meditates obliquely on the disconnections between people.  “If only for a day / I could be with you my love / then you / you could see my way / you could see my view,” Graveface sings.  He is so close that you can almost feel his breath in your ear, and yet separate and lonely.

Later, “Are You Waking” is even more translucently pop, its trance-like drift augmented by wordless vocal counterpoints and echoing guitar effects.  About halfway in, the song gains heft and a sense of purpose from an onslaught of snare drums, like the consciousness stirring to life.  And yet, the heart of the song is a question answered by a question, “Are you waking, my dear? / Are you waking, my dear?”  It is hard to tell in this dream-like space where the imagined leaves off and the real begins. That fluidity seems to be the main theme of this album.  Near the end, in the very Circulatory System-ish “Scratch”, a ghostly refrain of “You can’t pretend” repeats over and over again, against a bed of dark piano chords.  The song billows and surges, its cloud-like textures braced by the regularity of drums and plucked banjo, yet for all its insistence on cold, hard reality, “Scratch” feels rooted in dreams.

In between these songs, Graveface slips an almost equal number of looser, more exploratory cuts that have some of the shivering hyper-reality of David Kilgour’s unaccompanied guitar work.  There’s a thread of reverbed guitar running through the end of “If Only for a Day” and then picking up again several songs later in “Fourth of July at the Asylum”. It operates outside the realm of words.  The same can be said for “Last Night on Feather River”, with its tremulous waves of string orchestra vibrato (synthetically derived, no doubt) or “The Third Casket”, with its lysergic country swagger.  These cuts establish hypnotic spaces that exist outside of rational thought, and they are all the more beautiful for it.

The track titles turn darker in the album’s second half, with references to an asylum, a casket and a deathwatch carnival all turning up after the midway point.  Yet the music remains buoyant, almost effervescent.  “Fourth of July at the Asylum” churns cumulous clouds of guitar-based sounds into light-filled melodies, while “The Third Casket” evokes Neil Young in its folk centric trippery.  Only “Deathwatch Carnival, 1965” has any hint of musical foreboding, its vocals twined in droning sludge.

The Long Forgotten Friend takes shape slowly, requiring three or four listens at least to make sense as an album.  There are a few quite accessible songs (“If Only for a Day” “Are You Waking”) but nothing that will immediately lodge itself in your head.  And yet, if you give yourself up to it, this album has the glow and mystery of waking dreams, incorporating little bits of reality into its otherworldly landscapes. 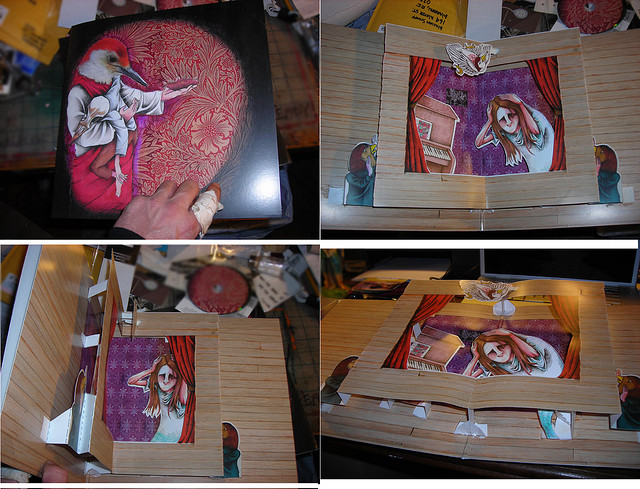 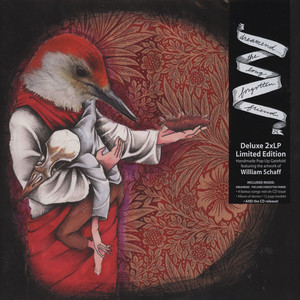 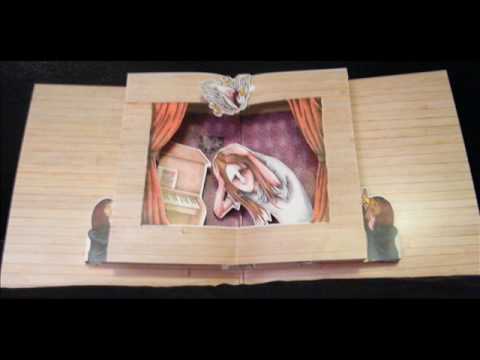 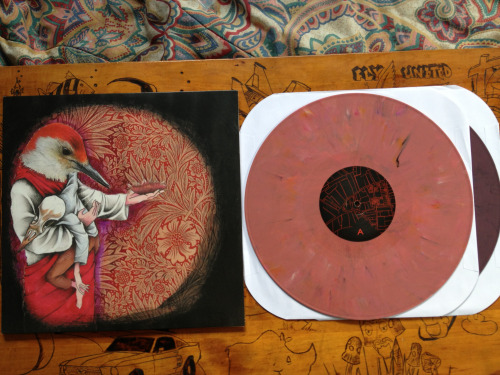 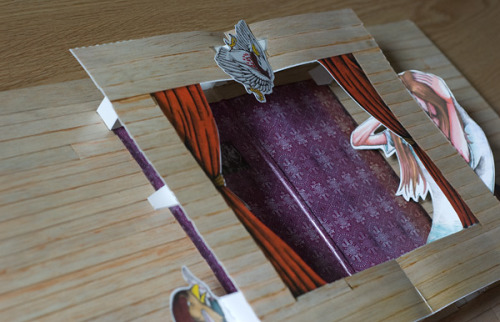